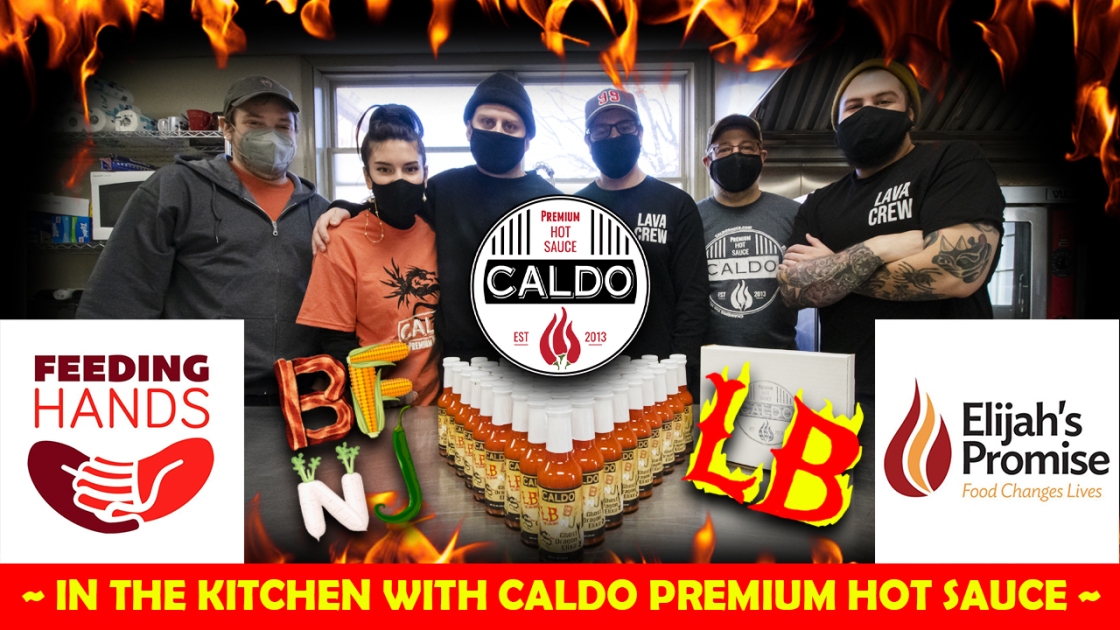 A few weeks ago Best Foods New Jersey and The Lava boys had the opportunity and absolute pleasure of lending some helping hands to one of their favorite New Jersey-based business’, Caldo Hot Sauces. Jon and Dan of The Lava Boys sat down with owner, Bob Ferretti, to discuss the history and values that served as the foundation to their charitable family business. Caldo’s inspirational story is one The Lava Boys and BFNJ are honored to share.

All Caldo needed to start were four cayenne pepper plants and a spark of interest in hot sauce making to kick off their passion. The spark that began as a fun family activity yielding four bottles of Ferretti’s Garden Sauce quickly became a promising pursuit with high demands. As success caused the family to revaluate their objectives and goals, charity became the core value. Check out the full interview below.

In order to honor these core values Caldo, The Lava Boys and Best Foods New Jersey have teamed up to create a limited batch of Caldo’s Ghost Dragon Elixir to raise money for two central New Jersey-based charities. 100% of profits for this limited bottle will go towards Elijah’s Promise and Feeding Hands.